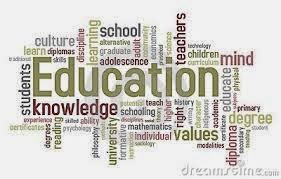 As educators we are intrinsically "people pleasers". When we selected this profession of education with that came some "givens". Those givens would be:
We did not plan on, nor specifically prepare for, things such as:
The shift of our perception to our reality has brought with it a change on what was intended to be a picture perfect journey of teaching and learning.

When we took our first classroom and/or transitioned into our first administrative positions, we quickly realized that this natural phenomenon known to many as "disappointment" would also impact the world in which we worked.

It's not that we didn't know what disappointment was, we just hoped to avoid it with students and teachers. Remember that we are, or at least thought to be, in complete control of the environment in which we work. At least that is what the "Guide to Being the World's Greatest Teacher" says. That guide is in the same series as "Parenting 101" and "How to Raise the Perfect Child".

And with that disappointment comes the flood of emotions. And those emotions, those feelings, we take very personally. And most would say, rightfully so. It goes against everything we believed about teaching and making a difference in the lives of others.

When we are faced with failure, rejection and disappointment we take those personally. When we have lost control of the direction in which we intend to head we struggle with accepting that.

It is the very feeling that when we are each asked why we got into education we answered with such passion and conviction becomes more of a distant memory. We talk about making that difference, molding the minds of young children and being a positive influence on learners wherever their needs might be. Our goal is to hold strong to that belief.

In the end how do we separate taking it personally from being considered: growth, progress and accomplishment?

We need to find the balance. We can control what is within our grasps. It is alright to take it personally as long as we are willing to accept that both lists, the givens and the unknowns, are critical in the process of teaching and learning.

You can work towards pleasing people but don't allow that to be all you do. Disappointment can provide some of the greatest lessons in life. We teach our own children to learn from their mistakes. We should do the same. And maybe, just possibly, as we do take events of our day personally, we become better at what we do.
Posted by Fueling Eduction at 11:09 PM