Music Is My Soundtrack 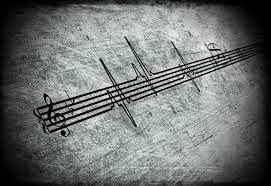 This post was submitted by Madison Smiley, 8th Grade student at Weaver Middle School located in Hilliard, Ohio. An avid reader and writer, Madison prides herself on her studies and is appreciative of her family's support and the support of her teachers. When asked to be a guest blogger, she was ecstatic. Here are her words:

If there’s one thing we all have in common, it’s music. We all listen to it, we all enjoy it, and some of us can even play it and/or write it. My name is Madison Smiley,and I am an eighth grader. I've loved music ever since I was little. And just like most kids, the instant middle school came along it almost literally became my life. All teenagers have bands or groups they obsess over. If I'm sitting at home, I've got my earphones in more often than not. If I'm going to bed, I turn it on before I go to sleep. If there isn't any music available, I'm singing or humming to myself. Most kids don't really think about music outside of choir or other music classes they might take, so they don't really pay attention to the way it affects their daily lives.

One thing I've learned growing up is that everyone is special in their own way- everyone is different, and there's nothing wrong with that. But there are a few things we all have in common, beyond the obvious things. For one, everyone listens to music at one point or another. We all listen to the radio in the car or go to concerts. Many of us play instruments and learn to make our own music. There are eight million different kinds of people, and just as many kinds of music to match. It doesn't matter whether you're into classical or modern pop, there's always someone to talk about it with. Music has changed a lot over time, And as it's changed, it's become a bigger part of our society.

This point leads me to a major part of my own life: music is like my internal playlist. This idea came from my favorite Youtube vlogger Carrie Fletcher (itswaypastmybedtime.) Carrie once said in reference to her own personal life that she is "living in a movie". Taking this into account, she also stated that if she is listening to music, whatever tunes she's listening to become her "soundtrack". This statement could not be any closer to the truth in my life. While I may not exactly be living in a movie, music definitely livens up my day.

Everyone has their own personal soundtrack in one form or another. Most of the time, which playlist we "play" depends on how we feel. For example, if I'm feeling like I need a pick-me-up, it's songs that I'm not afraid to dance and sing to, and I end up looking like a complete idiot in the process (not that that’s always a bad thing). If I'm feeling a bit gloomier, it's quiet, slower songs for the day that help calm me down. Other times it's just something random that popped up on shuffle.

Personally, I like to think of myself as a very creative person. I get inspired by almost anything, and music helps keep the creative juices going. I almost always have music playing when I draw or write, and always bring my earphones to art class just for this purpose. In general, I just feel better when there's nice, organized sound going on in my brain. I have met several people in the last few years through instrumental lessons or personal music tastes, and as such my soundtrack has grown. Everyone I meet gets their own theme song if I feel close enough to them, and when I think of them or hang out with them that song gets added to the day's playlist.

Music can change people. Have you ever been to a concert, or maybe heard a song that just spoke to you on an emotional level? Ever cried while listening to a song? I know I have. It's a pretty cool feeling. If you make music, specifically if you make it with others, you should get what I mean when I say there's a feeling you get when the whole group is playing together, and for a minute everything is just perfect. You end feeling great, and the same goes for everyone in the group. Music can bring people together in ways few other things can. So what kind of music do you listen to? And where do you think it can take you?
Posted by Fueling Eduction at 3:21 PM